Hello people, I'm back with more tales of gamedev woes, skip to the end if you'd rather not read my contextual rant. Though I've thought and sketched out my plans for Nuclear Moss, I decided to give it a month off so I could metaphorically clear my head and come back to it with more energy. I looked into options that'd force me into a short project so I settled on joining one of those popular hip things all the kids are doing: a game jam over at itch.io.

To make matters more interesting, I went for one where one of the requirements was to develop a project with someone else over the course of a month. I joined the discord, posted an ad and someone else contacted me soon enough. We discussed the jam's theme and settled on a plan. Needless to say things didn't go according to it.

Having been more active on chat apps lately, I've discovered how frivolously people treat other contacts online. Little to no effort in replying, seemingly dropping off the face of the Earth, wild variations in how enthusiastic they seem about talking to you, etc. Most of you probably have gone through similar situations, but not myself, being an antisocial creep.

Over the course of the month (the duration of the jam), said partner didn't produce anything usable for the final project, and responded every what seemed few days, even though they were always online (but of course on do-not-disturb mode). I didn't think much of it since they seemed to be working on their side of things. I myself had the basics down, player movement, an enemy type, and neat light switching mechanics and light stealth elements. As the deadline drew closer I said we'd have to re-focus from a short platformer into something more arcade-y with a single screen. The timeline rolled around and nothing happened of course, no "Sorry! I was busy!" or anything resembling an apology or resentment. Ah well, that's the Internet for you right?

So, a month of time essentially wasted (though I discovered how to do positional 2D audio in GMS in the process) and I decide to join a different jam, but go into it solo. This time I settle on one with a single week of time. I had to wait a few days for it to start and in that time window I purchased a humblebundle with a bunch of assets for me to use as I pleased. I'm pretty sure it's the only time I've shelled out for the highest tier. I rubbed my hands in anticipation as the announcement of the theme rolled in…

When I stopped screaming internally and questioning what sick joke the universe was pulling on me, I just went ahead and started work on something by slapping together assets from said bundle and opengameart. The initial project's name was SoloJam.project.gmx. I even forced myself a deadline: today, the end of my Easter break. I might update it with more stuff in the future but we're at one-point-oh baby!

So without further ado: I present Spess Gaem. A typical shooter, pretty low on content, but I want to think with a nice level of polish and a bit of nuance. Who doesn't like nuance?

…Yeah! If you want to check it out, I implore you to head over to either its itch or gamejolt pages and let me know what you think! 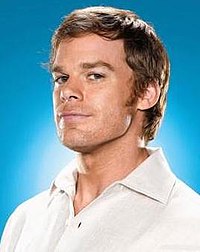 The game is nice. The furthest I got was level… 11? Definitely above level 8.

It's as good of idea as putting your hand in fire.
I wish. I would. Stop. Doing. That.

But no… "The current major project is so difficult and boring to work on, I need something lighter, I'll make a super simple side project so I could do only the fun part of making a game: Adding content." *8 hours later* "Well this is a very boring game, major project is better, GOODBYE FOREVER" OR "Well this is as complicated and difficult as main project, might as well work on that, GOODBYE FOREVER"