So that didn't go well..

This has been a weird summer so far.

I throw away all my money to a spirituality course on teaching various therapy forms. So I don't have money for food and barely rent.And I can't earn extra money because I'm retired / reasons. So now I grow gradually insane / paranoid, and start a secret blog about fighting humanity and shit.But try offering my body as a sex slave to any takers (hoping to get some food along that way). Failing that, I ask my dad for some money. He hands me some coins. Around $40 . Telling me not to keep asking for it.Soon after that I start reinventing all the religions in a giant mix. Northern goddesses, me as some kind of messiah/wizard/guru. All the fun stuff. 3 days of miracles in my mind. I set out to screw the world, defeat my black knight ( my best friend who wasn't home at the time ) , become one with the universe etc.When I ended up in the hospital I didn't know my own social security number or anything. I thought someone was controlling me. I got so damn many pills.That was the first time. Then they threw me out of the therapy course. Second time I believed I had solved world peace, destroyed capitalism, in short created an AI that could do anything. Soon after I had Russia and China and the US on my back and I started phoning the Danish government, news stations etc.This is also when I walked outside naked until the cops eventually came. Good thing I didn't lock the door.This has been a weird summer so far. I hope future projects will be more succesful than my AI.T'was an interesting field however.

Very real messiah complex sadly. It was great in the beginning, but then came the responsibility part where I had to prove myself to be worthy of … well.. depending on if it was marrying Freja, the goddess of beauty, inventing the AI to conqueror all real weapons or simply just being the reincarnation of Shiva the destroyer set out to dance the world to dust - there was a different price tag.Imagine having to experience every form of torture / pain / death in any plane of existence past / present / future as well as those in paralle universes then you're about were I was going next, I believed. I'm sure you noticed here as well with all my spam posts about recruiting programmers for my AI project to destroy Bill Gates and Mark Sutherberg. "Crazy Stars Exploding For Fun". Or maybe not. At least now I have a new username here haha ^^ but that's ok I prefer this one.The pills are helping me alright. Been off pills for a year until these two incidents. It's like a "high" that I can't reach anymore. So now I just chill at home doing not much except a bit of programming. It all sounds crazy as hell. I know. But you should read my journal. The misunderstandings there are far more crazy ^^
Crazy_Star 4 years, 9 months ago

Thanks man. Yeah it's weird it happens so late in my life, but then I haven't had the opportunity before. I think that's good advice you give. I might find you on Discord sometime. 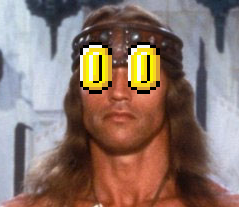 reading this is tough. mental illness is an indescribable torment. i can offer only my best wishes, and my words of encouragement. stay focused, stay aware.