Fiber is good for you / Server building

Fiber is good for your bodyAbout a week ago I came home from work to find a pamphlet about a new Fiber-based ISP coming to my area. On the speeds listed inside I could get 100/100 mbps speed for roughly $10 more than what I'm paying now for 100/5, which is about $70. I figured that may be worth it for the upload speed, so I decided to call the rep. It turns out the speeds were actually incorrect as their new pamphlets haven't been printed yet and they will be offering up to 1000/1000 mbps for $100! Gigabit speeds! Of course, I got ahead of myself and decided to order that instead of just going with 250/250 (for $70/mo), but hey man it's gigabit speeds. I was already planning on switching at this point, but I had two more questions that were very important to me; Is there a data cap and is hosting servers on the connection okay. No data caps and he said "As long as you aren't torrenting copyrighted media, we don't care what you do with your connection. Servers are allowed." This is amazing, no data caps, I can host servers, and I will have gigabit speeds. Currently I pay $70/mo for 100/5 with a 400GB data cap so I will be happy when I get the new service. I signed up right then and there while on the phone with the rep and will be getting my new internet on August 6th. Excited about the new service coming to town, I went to tell friends about it so that they could also switch over to a much better service. Unfortunately for them the ISP is coming to the apartments where I live because we are technically out of city limits where Suddenlink and Centurylink don't have control. I hope this new ISP can push into town because both ISPs currently here are quite awful.Let's build a server thenWith the new ISP and no risk of having my internet shut off due to running servers, I'm planning on building a home server for hosting my own media locally, development, data backup, and for a few game servers. Servers are a different beast than regular PC building so I'm at a loss as to what components to choose here. Should I go for a Core i3/i5 CPU or check out an E3 or E5 Xeon? Would 8GB be enough RAM for this or should I bump it up to 16GB? I should probably run the drives in RAID, but what kind of drives should I do? I'm thinking that an i5 with some 3TB WD Reds, and possibly an SSD for certain programs and the OS, might be a good way to go about this, but I'm interested in all suggestions. I'm wanting to spend around $500 - $600, but I can go a bit higher if needed. I could look into getting a used blade from Ebay as well. Cost of the OS isn't a thing because I have a copy of Windows Server 2012 already and will most likely just run Debian or Arch. TL;DR: New gigabit ISP with no data-caps coming Aug. 6th, want to build a home server for games, media, and various other things. Also Java Monsters are delicious.

My downstream here isn't the issue so much as upstream. The most I can get in the entire city here is 3Mbps up.

It wont happen for me for another 10 years at least unless I move because detroit is… behind the times. Also infrastructure changes are probably time consuming and expensive. 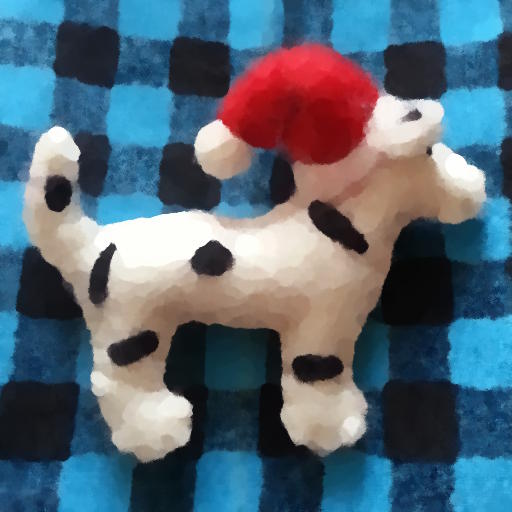 I moved from an apartment block in the city to an estate on the outskirts, and my internet dropped from 50Mbps to ~2Mbps. Sometimes tethering on my phone is a more viable option. Sadly either way the latency is just too jittery for multiplayer games.

Here's a "rough draft" of my build. The CPU I picked has great benchmarks (not too far under my i7-4790K in Passmark and single threaded performance) for a not too bad price. Everything else will most likely be swapped out depending on deals at the time when I finally order it all. I will add a few more drives later for redundancy, but I can't yet decide on 2TB or 3TB. I honestly don't think I'll use much due to mainly only having game servers on there.

Quote: FB
My downstream here isn't the issue so much as upstream. The most I can get in the entire city here is 3Mbps up.
Yeah, that's how my connection is currently. The downstream is fine enough for me, but the upload is kinda crap.
Quote: AG
It wont happen for me for another 10 years at least unless I move because detroit is… behind the times. Also infrastructure changes are probably time consuming and expensive.
You could just come live with me and commute! You paying 90% of the rent sound fair?
Quote: Marbsy
I moved from an apartment block in the city to an estate on the outskirts, and my internet dropped from 50Mbps to ~2Mbps. Sometimes tethering on my phone is a more viable option. Sadly either way the latency is just too jittery for multiplayer games.
:( That's no good.
Alert Games 6 years, 5 months ago

Nice start to the build. Bro, with fiber speeds, you could run a software hosting business out of your house.

ECC Memory. You want ECC Memory, if you plan to run this for any great lengths of time.

I'm also go with a more reputable SSD manufacturer. Intel or Crucial or Samsung (in that order)
Cpsgames 6 years, 5 months ago

Quote:
You want ECC Memory, if you plan to run this for any great lengths of time.
I'm getting so many mixed suggestions on whether to use ECC memory or not from the various places I posted for advice. From what I understand of ECC, the benefits are pretty good but almost seem unnecessary for my use. Long amounts of up time isn't much of a goal since this will just run a few game servers from time to time and possibly a media server. If the price isn't that much more though I guess I don't see why not. I'll see what I can find for ECC ram and a (preferably mATX) motherboard.
Quote:
I'm also go with a more reputable SSD manufacturer. Intel or Crucial or Samsung (in that order)
Can do. The Mushkin drive was more of a placeholder anyway.
flashback 6 years, 5 months ago

To be fair, my NAS/Media Machine runs with non-ECC memory, and I don't have issues (but it also gets rebooted fairly regularly). For non-uptime-critical things it'd be fine to stick with conventional.