Archery Image of my bowSo, today I made another modification to my traditional recurve bow. I added a strip of beaver fur to the tips of the bow. They help dampen the noise caused by the string smacking the bow as it returns to it's original position. The string tends to slap the bow near the ends and the soft fur acts as a cushion and cut the noise down by about 50%. I used gorilla super glue to get the fur on. It dried within seconds and works great. Being quiet is very important when hunting with a bow. Bows are not always quiet. The noise they make can scare away prey. Aside from that modification, I went to the range today. It was my first time back since late July and boy did it show. I was feeling a little rusty, or at least my muscles were. The draw felt stronger than I remembered. If there's anything that I have learned since I picked up on this hobby, it is this: You must continue to practice. Failing to do will lead to withdraws on progression.Video GamesSo, I decided to compare this to video games and give some ideas and insight on features not being used, that should be used in games. Here's what I'm proposing: Skill Withdraw. As described before, when one does not perform a particular action for a long period of time, it is human nature to not be fine tuned and ready to perform at maximum output. I think characters in games that are very "skill oriented" and make use of skill building for attack output and defenses should make use of this.One does not simply use a kamehameha after a long period of neglecting the perfection of the skill. A person should always work on their skills. It's similar to the human body. You can work out and become the hulk if that is your desire. But if you were to stop working out and eating healthy, your strength would decrease and you will no longer be able to stop a flying metal whale from space dead in it's tracks with a single punch due to anger. It doesn't happen. Physics and shit.So yea, there's an idea worth implementing in a game. I'd like to see how people would use such a feature. A line of progression is never straight. It has it's up and downs. No one stays at their maximum level. You rise and fall. Persistence lifts us back up.TL;DR: racecar.

That's cool that you do archery. I wish I had the time/money to do that. :(

The bow and arrows were the only real investment. Once you have them, you can continue practicing with them for little to nothing. If I want to practice on a real archery range, it costs me $5. I also have my own target now, so I can practice all I want at home. I'll have to upload pictures of that in the next blog. 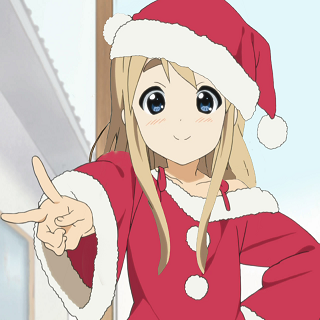 Sounds like a bad idea. It'd surely infuriate many players when they notice their stats drop. They already have to deal with their gameplay skills dropping, don't make their stats drop too.

I already told you, stop thinking in terms of "stats". Let's just quote what I said last time

Quote:
The problem with grinding systems is that they will always be grinding systems, regardless of how complicated they are. They're based on suffering through tedium to gain rewards. If you make it more complicated, there are just more things to grind. The tedium becomes even more frustrating, yet the reward remains the same - you eventually get better at shooting bows.
Glen 9 years, 7 months ago

But you see, I'm a realist and life is a complex thing. Most programmers are still going to use stat based systems for a very long time. This idea is suggesting that their be a level of "readiness" to perform a particular skill or move in the game.

I agree with Rob in that it's a bad idea. It's been done (NetHack and a lot of other roguelikes have that) and the result is incredibly annoying.

That's basically a more elaborate version of what I'm picturing. To be able to use your maximum output of a particular skill at all times seems ridiculous to me. Things should impact it such as practice. We have what some people call "muscle memory". We get used to doing actions by repetition. But if you're not practicing or performing those actions often, you lose that memory and skill to perform that action to the best of your ability.

But, I like the idea you added about exponential speed in "getting back in shape". A person never forgets how to ride a bike completely. But after you get on one and practice for a bit, you learn it much quicker than before and pick it up faster. Regarding skill building, it is true that if you don't raise the bar, you don't progress. You should only improve in a skill if you're doing more challenging things and pushing your abilities. I hate how some games allow you to grind on weak monsters for hours. You should be rewarded more for doing difficult tasks and be encouraged to improve your skill.There are games that give players a variety of skills to use at their disposal but often they find themselves spamming 1-2 of them over and over. A game should test your skill as a player who uses all of their skills and reward you for that. People who only spam particular skills should not be rewarded the same as someone who has more skill as a player. That's why I feel those players should have some kind of toll on their ability to use other skills. They're not practicing them. Clearly they haven't mastered them.The typical leveling up stat system with skill attributes allows you to raise the bar of a skill based on skill currency. If you have enough skill points, you can basically "buy" a skill mastered to it's max output. I'm bored of these systems. I say if a person who wants to learn how to jump very high, they need to start jumping. If a person wants to improve their attack with an axe, they need to stop using a sword and go chop stuff. Skill building shouldn't be stat attribution, but actual development through actions. It allows someone to work at something and be rewarded for it.Like Cesque suggested, having a maximum and a current level of proficiency is a great idea. If you have learned how to perform a skill at a certain level, yes you have a maximum. But whether you can achieve that maximum now is another question. You don't lose that maximum level, but must work to get to it. And to excel, you must go over your maximum. So even if you did have a stat based system that influenced your output on skills, they should be impacted by your state of readiness to do such a skill. You are handicapped with lack of practice and able to achieve greater things when your skills are at par.