+ Added Redstone Comparator (used in Redstone logic)+ Added Hopper (collects items and moves them to containers)+ Added Dropper (similar to Dispensers, but always drops the item)+ Added Activator Rail (activates TNT Minecarts)+ Added Daylight Sensor+ Added Trapped Chest+ Added Weighed Pressure Plate+ Added Block of Redstone+ Added Nether Brick (item)+ Added Nether Quartz and ore+ Added Block of Quartz, with half blocks and chiseled variants+ New command: /scoreboard+ New command: /effect+ Containers and mobs can have custom names* Inventory management has been changed, for example you can drag-place items over slots* Texture packs now have separate images for each block and item, and can have animations* Nether Quartz Ore now spawns in the Nether* Smooth lighting now has three settings (none, minimal, maximum)* More detailed death messages* Some hostile mobs now are harder in Hard difficulty* Many, many, bug fixes- Removed HerobrineAnd check out the video they made: http://www.youtube.com/watch?v=YmpxpH-tMWcI personally love the update on redstone and the addition of Hoppers. It'll make survival a bit easier. Less worries about starving and more time on building. Egg/Chicken farms and Sugar Cane farms can be built in full automation with collection and item storage. Wheat farms will be able to have auto sorting on collection, but will still be semi-auto with the need to replant seeds. No more herobrine? I never got to see one. XD Madness.

Quote:
- Removed Herobrine
I don't know if they add this back now and then or if they just pretend to remove it every patch. All I know is that I've seen this at least five times before.
Charlie Carlo 9 years, 2 months ago

I have to update my texture pack today. :C
Glen 9 years, 2 months ago

Kilin: It might just be a humorous trend they're doing with the patch updates.

Oh, you're right. I never really paid much attention to that.

The joke is that no matter how many times they remove him, he's still in there.

Waiting.Watching.Doing whatever makes him scary to the scores of 10 year olds obsessed with him.
KaBob799 9 years, 2 months ago

Herobrine never even existed, that's part of the joke =p 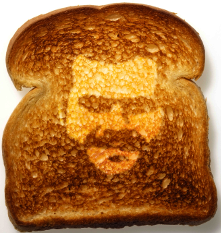 I'm not sure if I want to play now or wait until the marathon.

You Cwazy kids are your mining simulations.

damn, i thought 1.5 was gonna be something big. doesn't sound like that added all that much. Although i am interested in the nether ore.

1.5 was mostly redstone/technical update focused, I think 1.6 will be a more exciting update for the general minecraft community because it will add things like new mobs.