I have decided to pay a returning visit to 64Digits.

Over past few months, I got myself a car for the first time. I'm glad that I don't drive like an Asian even though I'm an Asian.Real life things aside, both of my games has matured over the course of time when I;m gone. Infinite Run One and Cops is no longer exclusive to Android users anymore!! Now they're available at iOS App Store and Windows Phone Store! Heck I got like over 35,000 downloads at Windows Phone Store and Windows Central made a review on my game!Here are some stuffs worth to share in this blog post: Wow! Congrats on the review over at windows central, I'm downloading it onto my Android right now :D

What was the most difficult part about converting your game from Android to iOS? Was the Windows phone more difficult to port?
Hypernova 6 years, 1 month ago 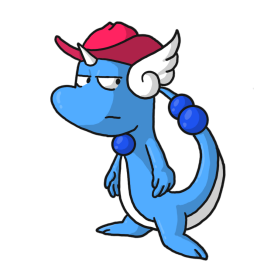 Porting to Android is fairly moderate, as long as you know what you're doing. However, ever since Microsoft is promoting Windows Phone like crazy. Microsoft made Windows Phone developing like 123! The hardest port is on iOS of course. For making an iOS app, you MUST have a MacBook that have Xcode installed (I have a virtual Mac OS X 10.10 on my VM). After archive your game on the PC, you must transfer to your Mac and then compile/submit your app over there. It's not as easy as you think, there's a lot of troubleshooting in Xcode for your project. It's like stepping in a minefield blindfolded (the hardest part is code signing your app with your encrypted developer certificate and provisional profiles), even you know what you're doing.

For app submission, Android is like you submit whatever you want as long as our bot don't catch a malware and remove it from listing. Windows Phone review your app as long as you don't submit a half-baked product or a malware. iOS review is extremely strict, my Cops game got declined 3 times because I have a picture of gun on the icons and screenshots. And my Infinite Run One game got declined once because I have the word Android and Windows Phone in the store listing description.If you guys planning to make a mobile indie game. I recommend start with either Android or Windows Phone! Developer membership fee are $25 (lifetime) for Android (Google Play), Amazon Android App Store is free, $19 (lifetime) for Windows Phone, and $99 (annually) for iOS.
MMOnologueguy 6 years, 1 month ago

The game Cops is about killing cops, right?