A question to the Artistic

I'll have to be careful just what I say here. No telling the type of people that view this stuff, as well as their age so while I might just go into a bit of rambling, I'll have to make sure I do pull a few punches, so to speak. While this is mostly intended for visual artists, any kind of 'artist' (or anyone in a similar situation for that matter) is welcome to talk and contribute. Hopefully I can get a few serious answers here to get some kind of info.

In any case, some background information to start.For those of you who haven't followed any of my blog posts, I'm sure you've got some idea of things I've been going through lately. Ups and downs, depression, etc. And for those who haven't or didn't see, or don't know much about me?I'm a bit of a "jack of all trades, master of none". I draw (or drew), I make music, I design things, build models, sculpt, compose digital music, program, cook (or cooked), wrote, etc. I've done a bit of everything and I could do them all pretty decently at worst, given the time to prepare and/or re-familiarize myself with stuff.From 2007 until now, I've lost 4 family members - close family members at that - and drifted away from two others (well, one plus a very close family friend and possible stepfather). I've been forced to drop out of college because of money issues, I've failed classes, I've felt cornered, etc. When I talk to others they make me feel like I'm a more unusual case, though I'm still convinced that there are plenty more people far worse off than me. I've got a home… for now… that we may or may not be able to keep. I have food. I've got a job that.. well, mostly pays the bills. I've got passable transportation (friends/family/bus/cabs) and well, I'm not exactly completely separated from my family. I've got a couple of good friends.Anyway, to avoid rambling, I'll simply get to the point of the blog - the question.As of late, I've been unable to draw. Music at times, perhaps. Programming, yes. Web design and some occasional doodles? Maybe. Oddly enough, drawing was a large part of my life. From about 2010 onward, after my father's death and forced dropout (previously: grandmother and grandfather), I've been on the decline artwise. Things I used to be able to draw. I feel more like the kid that sometimes doodled awesome things in class - no major "skills", just some lucky doodles.I'm curious - have any of you creative types hit this kind of a block? Have you recovered? What would you do? What have you done? What do you feel I should do? At one time, pushing through and forcing myself to draw (only a bit) used to work, but it doesn't. It's like a mental and physical weight forces me to do nothing with art when I try now. I'm uninspired and unmotivated. Not with money. No love, no desire. Not even less… tame things interest me, for drawing. For me, Anthony Vincent LoPrimo - the Artist. The man who was nicknamed "Bob Ross Junior". The guy everyone "knew" would become an amazing artist. The man that people were positive would go into something awesome and become rich and forever help his family… is practically no more. At least in the sense that everyone thought.I don't know what to do. I don't want to give up visual art. I really don't. That was my passion - at least I'm still sure it is. I mean I am pretty sure I still WANT to draw. But it's like at the last moment I can't do it. It's like I'm trying to speak in public. It's like I freeze up when I try to talk to someone I don't know. It's like I'm shy against myself. Or perhaps not.Should I relent and go with what I've been working on? Programming, and music? How might I ensure I don't completely abandon drawing? What kinds of things could I do for inspiration? Or perhaps my idea that getting to a mindset that was before 2010 is right - and what might you recommend I try to do? My father is gone.. my aunt is gone, and my grandparents as well. How might I mentally go back in time, or even how might I want to get rid of this block? Maybe my mind is trying to get me to express my emotion in some other way?…Anyway, even my questions are becoming a mess of rambling so I'll stop now. Hopefully someone could give me some kind of advice. It seems people have their own ups and downs, so who knows, maybe someone could give me some advice as well.

Being an artist for well over 15 years now, and a serious artist interested in the concept art field since 2009, I'll try and answer some of your questions as good as I can as I have experience with a lot of what you're going through.

"have any of you creative types hit this kind of a block?"- I have, yes. Many times."Have you recovered?"- As many times I have had an art block are as many times as I've recovered, that being said, I've made it through each and every one successfully, only coming out at the other end better than I was before."What have you done?"- Art blocks can be a jarring experience for any artist. We love what we do, and to know we have the technical ability at hand but not the mental strength to make use of that ability to do what we love most– create– is horrible. During my first times getting art blocks I would (like you) force myself through them and get back to work as soon as possible. I would later browse numerous art forums and etc. to get motivation back when forcing would not help, and later on I'd move on to reading comics/manga or playing games. I'd wander around and just admire the artwork put into these comics and games, and that alone would inspire me to get back into things. I'm going to tell you now, forcing yourself out of art blocks is a mistake in the long-run. They only get worse and feed from your urgency, but the problem is that most of us won't realize it's too late until it becomes, well… too late. My last two art blocks have lasted for months at a time, one of them lasting around a good 6-7 months where I would force out an uninspired doodle or two, which -is- a good idea, don't let yourself get rusty if you can help it. How I handle them now is just go with the flow, I accept that art blocks WILL happen, and I do not like them at all, but fighting back is a mistake, let them come and leave as they will."What do you feel I should do?"- " …let them come and leave as they will.""At one time, pushing through and forcing myself to draw (only a bit) used to work, but it doesn't."- It was never meant to work in the first place. Forcing yourself out of art blocks is like doing the hardest drug you can find, and getting to that point to where it just doesn't give you the same high anymore; the effect wears off with use."I'm uninspired and unmotivated."- This is the problem for a lot of artists who just cease to bring themselves to create anything for extended periods of time. What we need to realize is that inspiration and motivation are of finite amounts, and once they are depleted, there are no magical beans or potions that will refill that pool. The only thing you can do is hope really, take every day as it is, but never stop looking at things you could potentially get motivated or inspired by."Should I relent and go with what I've been working on? Programming, and music?"- An artist should always have his/her fallback hobby, for example: I used to get small art blocks all the time, back when I used to make games. Instead of wallowing about my art, I simply transferred creative skills to another pool that was available to me at the time, so I would program all day, and sprite all day, and fix bugs etc. etc. When I ran into a block in all those areas, I often found that I was able to draw again. Sometimes I wasn't able to draw even after that, and so I would skate instead, or I would play games, I'd just do something else I love doing. Sure it doesn't live up to art, but it's close."What kinds of things could I do for inspiration?"- That's entirely up to you, everyone's method of gaining inspiration is different. I remember when my dad was a drunken bastard and mentally and physically abusive. Falling into a depression became my inspiration, if I couldn't feel pain, I couldn't draw, it was an odd connection indeed, and definitely emo lol.But yea, I answered as much as I could, as detailed as I could and through personal experience. Hopefully you move past this and get back in the game, but in the meantime just relax. I know it can be extremely frustrating, but if you love what you do, it'll come back to you with time as it has me and many many other artists who have been what we've been through.
panzercretin 8 years, 2 months ago 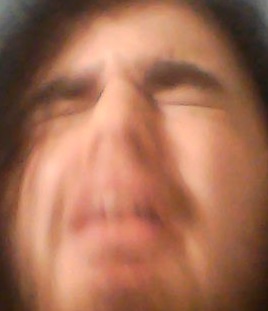 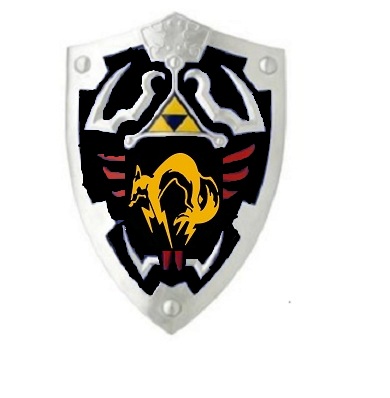 yah, you cant force it, the only solution is to sit down and let your imagination rest, keep a journal, and watch/play/read/listen to your favorite artist. art is based on experience

While I'm not really a visual artist (I dabble in painting, and can only doodle decently with a sharpie marker), I know that I've definitely hit blocks in writing like the one you're describing. My suggestion is to wait it out, but don't force yourself to wait it out. If you feel like doodling, do it! Do what you feel, and eventually you'll come back to drawing. If you're truly the jack of all trades, master of none type, I think you'll find yourself bouncing back sooner than you think.

so… are you still remixing my song? :>