How to fail. The long blog.

First of all, you have got to be honest with yourself. The "with yourself" part is really important.

Good read. I often wondered if people around here struggled with the technical know-how as much as me. I always felt most everyone here was a wiz kid.

I can really relate to your story because I chose Computer Science as my college major only after much heartache and self doubt. In highschool, math was my worst subject (every grade being in the F-C- range). It was an uphill battle in the beginning getting back up to speed. Had some real triumphs and some real blows to the ego. In the end, I graduated last year with honors. But I still feel like a constant fraud. There is just so much to know in the realm of software engineering, so many different avenues that could be the basis of an entire career/specialization. I honestly don't feel like I learned much in school, and it's only what I force myself to do at work that really gets me to that next level. It's amazing how a new skill in a new domain can open so many doors, but it's only over time that those doors are revealed to you (like what happened with your Spring Boot project). It's both encouraging and scary, because what if I'm not learning what I need for the future. But I guess I just learn whatever I have to… perseverance really is everything. I like software engineering, but I don't know if I like it enough for it to consume my life. Shit man, I just want to have money for a hot meal and time to draw lol. Anyhow. I am so tremendously glad for you. You were always extremely positive around here, more than most, and it was a bit shocking to hear about how defeated you were. Shocking, but inspiring, because it sounds like you turned that ship around fast. You're gonna go places overcoming stuff like this, I sincerely believe it.Let's see how long this comment is. I can't tell in the little input box.
Mega 2 years, 1 month ago

A very good (And super relatable) read. Glad you've managed to make something of your hard work, working on doing the same myself.

The biggest problem I've had personally with persevering through failure is "but what if"-ing too hard over every future decision (Something I've been wanting to write about, since I've been trying to fix it - will probably do that later today if I remember).
Jani_Nykanen 2 years, 1 month ago

Until someone reimplements the +1 button, I'll give my +1 here. Nice blog!

I've never had a job or finished any education. But I enjoyed the read. Sounds like it was something that needed to be done, and because you did it are now capable of doing it over and over. School of life. Jealousy is a strange one. I'm not jealous of anyone; so in one sense I'm jealous of everyone different than me. Pride is strange too in a similar way.

@Rez, thanks for the kind words :) Congrats on graduating with honors! Sounds like it was the good kind of struggle and you grew from it :D

I definitely relate to the fraud part, there really is so much to learn that it feels impossible to ever match up. I guess for me it came down to the "what you can control" part, I obviously can't control the fact that so many people know so much more than me, so I have to try to ignore it. Comparing yourself to others is absolutely pointless, try to focus on your previous self. Other people give incomplete data ;)About the fear of choosing an avenue, I'd say you really can't go wrong with what ever you choose. Like how I say trying is a skill, so is learning, and the more things you learn the better you get at learning. The better you get at learning, the less fear you have over missing some tech, especially since so many concepts are shared between them. The top software engineering jobs, even outside the big four, don't care about what languages or tools you know, because you prove your ability to learn. It can feel like you didn't really learn enough at college, and that because there is no way for college to teach you the "correct/future-proof" tech, so instead you're learning to learn. So, I'd say just choose what ever is useful for your job, or your personal project, because then it's more than likely you'll truly learn it. Plus, if you're learning it for work, or because you find it useful, in most cases that means it's relevant and there's likely jobs for it.@Mega, thank you :) It can be tough to see the big picture when you're in the thick of it. It's good you're aware of your issue, it kinda relates to what I said to Rez: practice committing to things, you can always back out :P@Jani, thanks :)@Crazy Star, thanks! :) It's good to not have to worry about jealousy or pride, neither are helpful.
Quietus 2 years, 1 month ago

I can relate to the feeling of successive failures and the damage it leaves on the psyche. I'm sad to read you've struggled so much, but very proud and happy that you've come so far.

I have mixed feelings about "ego death" and its interpretations, including my own. I've had to learn it's important to strike a balance between humility and self-confidence. The latter of which I often deceive myself into believing I don't deserve. But if you look at the Zen masters, they all have quite healthy levels of self-confidence. Like the Dalai Lama for instance. It's more about *transcending* the power your ego has over you than *killing* it.But then again it depends on how you define "ego" and "death", which are culturally specific. And if I go any further with that, this will become really long lol.
Ferret 2 years, 1 month ago

Haha yeah it could very well be the same thing in different cultural contexts. So I think of ego as the need to compare myself to others, and when it dies I stopped doing that. I just have to do what I need to do, whether or not I do it slower or at a much older age than person B, because it's really not a race, and their success doesn't stop mine (or anyone else's!).

To me, humility and self-confidence can't survive with ego around. I would have never gotten where I am if I was worried about looking stupid. I need humility to be able to ask people how to do something. That is something I failed to mention in this blog, I did a TON of asking people for help, and I was always willing to learn. The beautiful thing, most people enjoy helping.When I had ego I had no self confidence, because so many people in the world were more successful than me, and I didn't want to fail. Without it, when I did fail, several times, I had the confidence to keep going. Eventually I'd get it right, and it didn't matter if others got it their first try.Maybe I'm just using the wrong terms :P
Quietus 2 years, 1 month ago

No I totally understand you, I think you've got it spot-on. I'm actually re-examining a lot of how I perceive this based on what you said.

Quote:
When I had ego I had no self confidence, because so many people in the world were more successful than me, and I didn't want to fail.
I totally relate to this, and it's a hurdle I'm still trying to get over. It's hard for me to disengage from the competitive side of me. And the need to be perfect, or better or whatever. These are things I'm having to outgrow.So here's a funny story. I was playing with this "inspirational quote" generator I found called inspiro.bot. It was making all kinds of silly, funny, yet somehow profound quotes. Then I got hit with this one below, and I pretty much dropped my phone. The universe has my number lol. 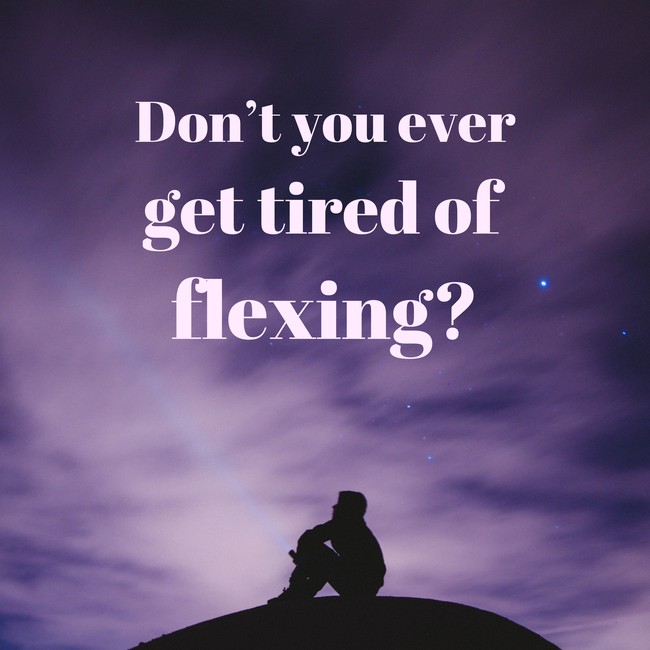 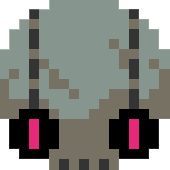 Ferret…. god man what a journey. You did awesome sticking through it! I hope you get your Capital One job man. Looking forward to a good ending, but it looks like you got some pretty amazing accomplishments already