The whole goal of the RPG is to be a casual co-op RPG game, that is more about going on quests together (without getting into complicated MMORPG type parties), than PVP - though PVP is definitely possible.

The game will be lobby-based, so when you want to play, you create a lobby, and begin the mission from there. You can play on your own, or wait for people to join your lobby. In the lobby, you can choose a type of mission to play, the number of players, and the difficulty, and then it generates a random dungeon when the host clicks "start".Quests will be things like "get to the end of the dungeon and slay the dragon", "find the mystical piece of wood", "rescue the princess", etc. When the game starts, the players will be shown a top-down view of the first room of the dungeon, with doors/stairs/trapdoors/ladders/etc to move to another room, and things in the environment to interact with (chests, things to read, windows to look out of, etc) to help them with the quest, or to just give them loot. The rooms won't be huge, but still fairly large. The players move around as an actual graphic on screen (like a multiplayer pokemon or something) via ajax, so all players can see each other moving around the room. When someone walks into a door, it takes them to the next room (others can follow, or they can split up).The fighting will be turn based (like the old RPG) and activated by walking around with random events. Ie for every step, there's a random chance of a battle starting.When a battle starts, the player who activated the battle will be the only one fighting, and their animation in the room will change to one with a battle. Others can come and help the battle if they wish (or if the player requests) by just walking up and touching the other player. They will then join the battle on the next turn.The turns will be in real time, in the sense that when a fight starts, the player can wait to take his turn until all the other team members have joined him (though they won't join the fight until the next turn – this helps prevent newbies from tackling hard dungeons to level up fast)I wrote this in 15 minutes at work at the tail of my lunch break, so I can't put much detail into the whole thing, but that's the basis of the quest-based game play part. Battling is pretty self explanatory, but I'll have to write more detail on it later, of course. When I write more later tonight, I'll put it up. Hopefully I'll be able to do a mock up and stuff tonight, and more detailed technical specs.Oh, and Chiken already wants to help, and if anyone else wants to help too, I'd be more than happy to have you do all the hard work. =DThis will need graphics, especially. 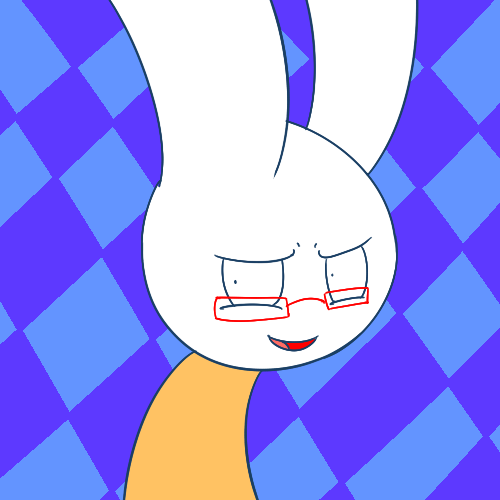 I should totally do some graphics

I could help out with mission ideas.

Warning: This means you might get tons of errors all over 64D.
Iasper 10 years, 2 months ago

I'm not that great at graphics but I guess I can help.Oh, and add in some kind of Dungeon Crawl. That'd be awesome.
poultry 10 years, 2 months ago

I wanna test it sooooooo hard

Steven: I guess we could have a flash music player or something, haha.

Glen: We might need that. I'd like this to be mostly randomly generated, so the missions will have to revolve around that.Iasper: Yep, pretty sure we'll have a mode for just dungeon crawling.Chiken: I sent you an email about the 64D development server, so that the live site doesn't break during devleopment. =P
svf 10 years, 2 months ago

I'll be willing to help with Engine Programming. :D

or Programming in General. :)
Ferret 10 years, 2 months ago

Obviously I'd like to take part in some of the RPG pie, in either testing or helping make it. (Though I've in a bit of a time crunch as of late so helping make it might not be as probable..)